Taiwanese electronics giant Acer on Wednesday made a lot of major hardware announcements at its pre-IFA 2018 event in Berlin. These include a preview...

Taiwanese electronics giant Acer on Wednesday made a lot of major hardware announcements at its pre-IFA 2018 event in Berlin. These include a preview of the Swift 7, pricing and availability details for the Acer Swift 3 and Acer Swift 5, new gaming monitors and accessories in the Predator and Nitro gaming series, refreshes across its Aspire notebook and all-in-one PC portfolio, the new OJO 500 Windows Mixed Reality headset, new commercial laser projectors, the Chromebook 514, and VirZOOM – a VR headset technology focused towards fitness. Let’s get into the details now.

Touted to be the ‘world’s thinnest 15-inch notebook’, the Acer Swift 5 was initially launched at the [email protected] conference held in New York in late May this year. The laptop weighs just about 990 grams and is powered by the latest 8th generation Intel Core i5-8265U and i7-8565U processors. The Acer Swift 5 has a claimed battery life of 10 hours and runs Windows 10. Bezels on this notebook measure just 5.87mm and give the display an 87.6 percent screen-to-body ratio.

The 14-inch Acer Swift 5 has also been updated this year and the ultra-portable notebook now comes packed with the same processors as its 15-inch counterpart. This variant weighs about 970 grams and is 14.9mm thick. 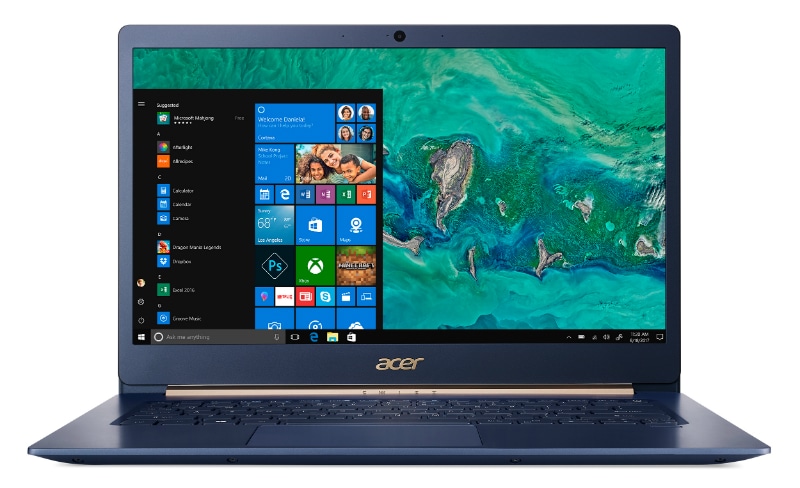 Apart from the Swift 5 series, the Swift 3 lineup has also been updated by Acer at its pre-IFA event in Berlin. The line now includes new models with options of 13.3-inch and 14-inch panel dimensions. The smaller variant, with a 13.3-inch display, sports a full-HD panel, weighs about 1.3kg, and has a thickness of 15.9mm. It comes with specifications including up to 8GB of RAM, up to 512GB of NVMe PCIe SSDs, 2×2 Wi-Fi 802.11ac, and 4G LTE capabilities.

Acer also teased the Swift 7 laptop at the pre-IFA event with claims of it being ‘the thinnest laptop in the world’ with a 14-inch display. It is said to be less than 1cm thick and weighs less than 1kg. Apart from that, it will run the flagship 8th generation Intel Core processors. Pricing and availability were not announced at the event.

Acer teased its mammoth Predator X gaming desktop at IFA 2018. The specifications make this a heavy-duty gaming machine: two Intel Xeon processors, 12 slots for RAM with up to 16GB in each, and two Quadro RTX 8000. Pricing details have not been revealed yet.

The interesting new Predator Triton 900 convertible 2-in-1 gaming laptop was also announced with a reversible 4K panel that supports Nvidia’s G-Sync technology. The laptop features Acer’s 4th generation Aeroblade 3D fans and a mechanical keyboard. As is the case with the Predator X, no pricing and availability for the Triton 900 have been revealed. 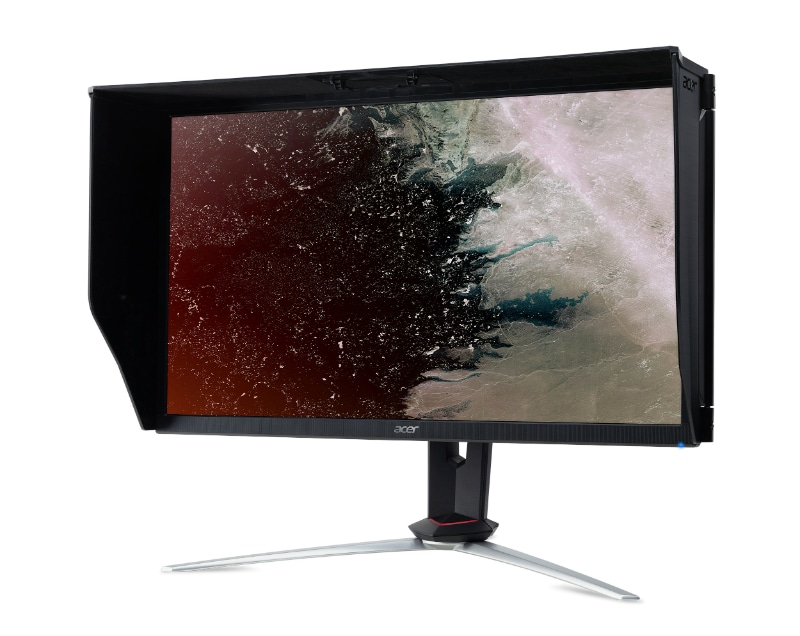 Lastly, three new gaming-focused desktops have been refreshed in the Predator Orion range – the Orion 9000, Orion 5000, and Orion 300. These desktops come with up to Intel Core i9 processors, up to Nvidia GeForce RTX 2080 Ti, and IceTunnel 2.0 which is exclusive to the 5000 and 9000 series.

Acer, at its pre-IFA 2018 event, also unveiled four new gaming monitors, a gaming-focused chair, and other gaming accessories including a mouse, keyboard, backpack, headset, and mousepad in the Predator and Nitro series. New monitors include one variant of the Predator XB273K and three variants of the Nitro XV273K. All of the monitors offer 27-inch panels with ultra high definition resolution, with two in the Nitro series offering a WQHD resolution. They also arrive with Acer-specific features such as VisionCare with Flickerless, BlueLightShield, ComfyView, and low-dimming technologies. 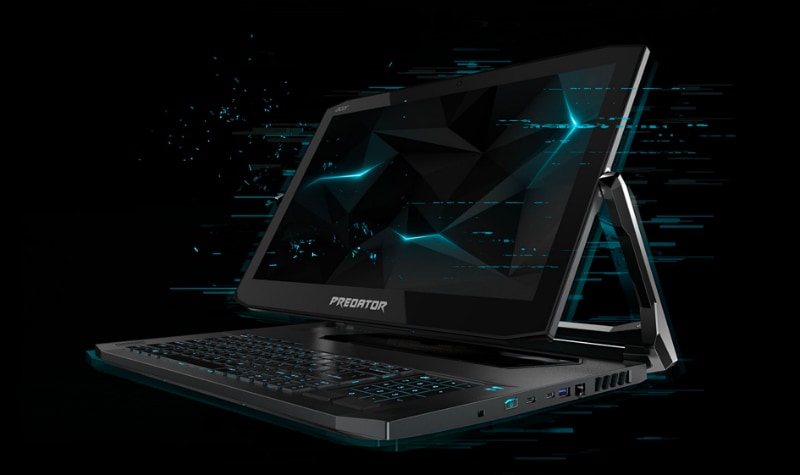 “Our battle-tested Predator gaming monitors have proven their quality and reliability as a top choice of pro-gamers and tournaments around the world,” said Victor Chien, President, Digital Display Business. “We’re now waterfalling our experience and technology to our Nitro series to make premium gaming experiences more accessible to users.”

Acer Aspire range
Next up is the company’s affordable Aspire range of notebooks and all-in-ones PCs. First off is the new Acer Aspire Z 24 all-in-one PC that includes features such as a thickness of 11mm, a glossy V-shaped metal stand, a far-field microphone array with four digital microphones, the latest 8th generation Intel Core i7+ processors, and up to 32GB of Intel Optane memory. It has a 23.8-inch full-HD IPS panel with a 178-degree viewing angle. 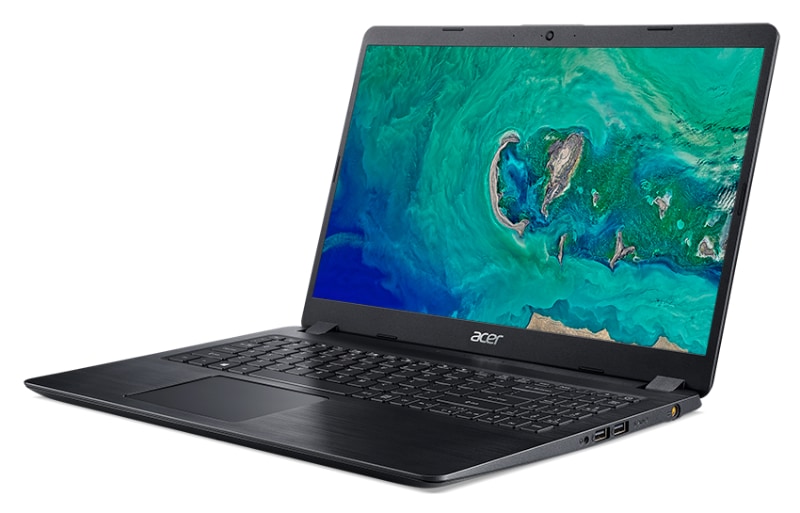 For the portable PC market, Acer has unveiled the new Aspire 3, Aspire 5, and Aspire 7 laptops across different price segments. Most premium of the lot, the Acer Aspire 7 features options of 8th-gen Intel Core i5 or Core i7 processors and sports up to an Ultra HD display.

Acer Chromebook 514
Acer has also unveiled its brand new Chromebook 514 targeted at college students as well as young professionals. The Chromebook comes with an aluminium chassis and sports a 14-inch full-HD IPS display that has an optional touch screen. Thanks to the minimal Chrome OS, Acer claims a 12-hour battery life on the Chromebook 514. The touchpad on the notebook is protected by Corning Gorilla Glass. 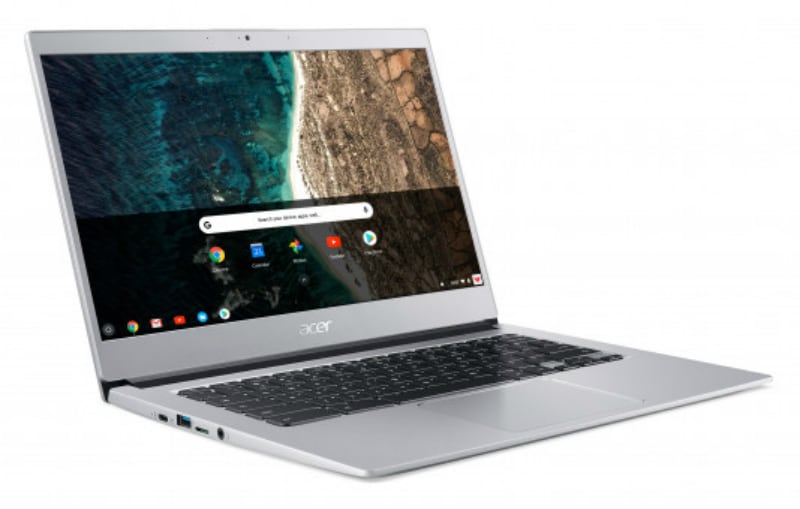 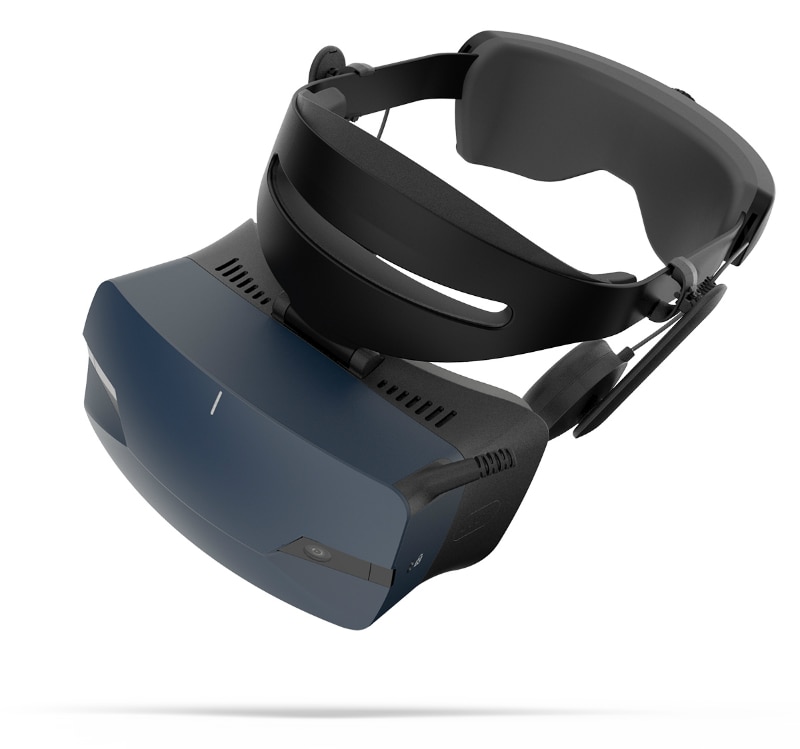 With the help of inside-out tracking the Acer OJO 500 Windows Mixed Reality headset requires no external hardware and can be set up within 10 minutes. It comes in an optional configuration with two Bluetooth enabled motion controllers, a Windows 10 button, touchpad, and grab button. The Acer OJO 500 will be available in North America in November, starting at $399 (around Rs. 29,000), and in EMEA in November starting at EUR 499 (about Rs. 41,000).

VirZOOM
At Acer’s pre-IFA event in Berlin on Wednesday, the Taiwanese corporation announced the availability of VZFit, the company’s second-gen commercial VR fitness system. VZFit makes use of the OJO 500 mixed reality headset. “VirZOOM’s new 2nd generation commercial product VZfit is a turnkey package of Sensors, VZfit Console, and Acer Windows Mixed Reality that anyone can set up in five minutes to turn a commercial stationary bike into a VR Fitness System,” said VirZOOM Co-Founder and CTO, Eric Malafeew. 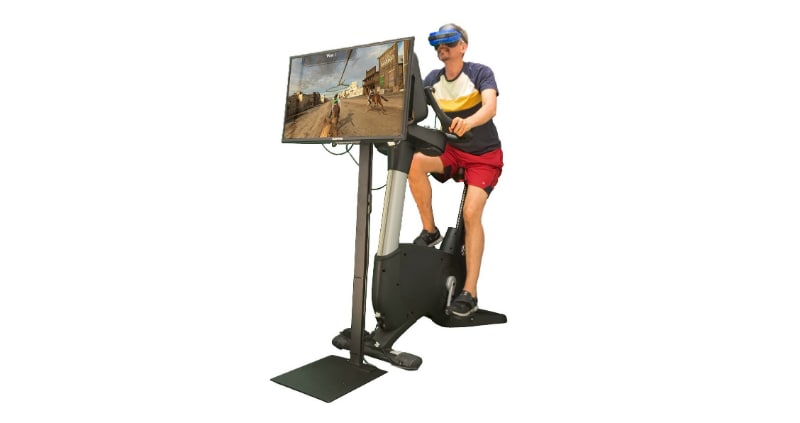 VZfit is immediately available direct from VirZOOM, through its global partner Life Fitness, and Gym Source in the United States. Pricing has not been detailed.

Laser projectors
Acer at the event also announced four new laser projectors of which two (PL6610 and PL6510) are from the PL series while the other two (SL6610 and SL6510) are part of the SL range. The former is targeted at heavy usage commercial customers while SL series laser projectors are designed for projection in tight spaces such as classrooms. 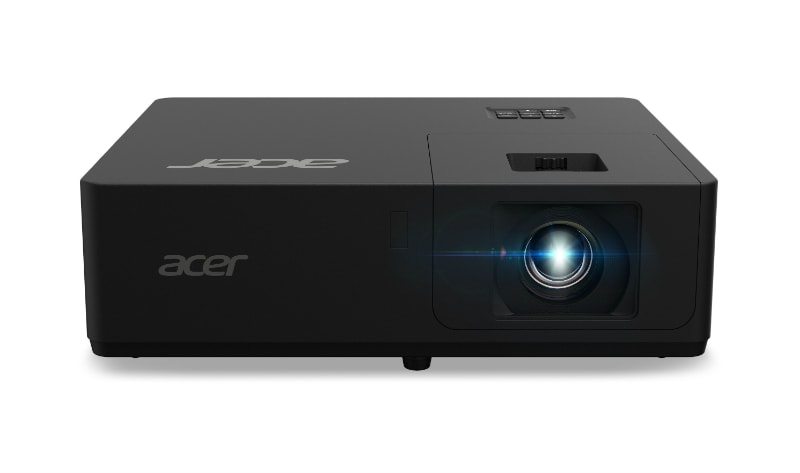 Both categories of laser projectors offer 1.6X zoom and the optional setups enhance installation flexibility along with diversifying placement avenues. The projectors come with inbuilt 10W speakers for audio. Pricing and availability for none of the markets has been revealed yet.