Netflix and YouTube account for more than half of all bandwidth usage for streaming video, but one often overlooked contender is starting to creep... 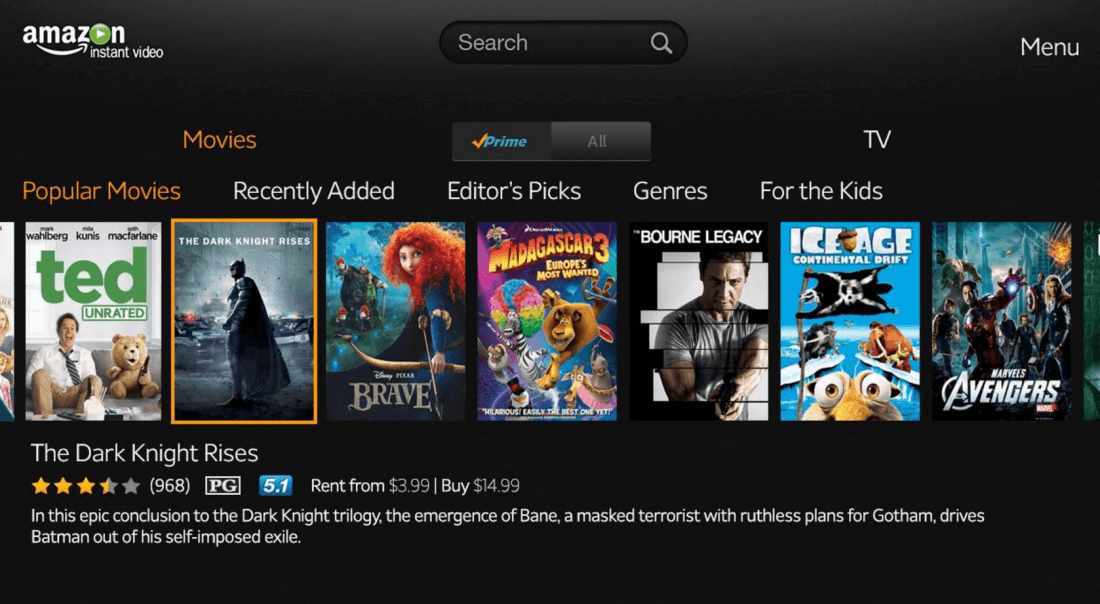 Netflix and YouTube account for more than half of all bandwidth usage for streaming video, but one often overlooked contender is starting to creep up the charts. According to Sandvine, a broadband services company that monitors Internet usage numbers, Amazon Video accounted for 4.3% of downstream internet traffic during peak evening viewing hours in the U.S. That doesn’t sound like a lot but it’s more than double the numbers Amazon was pulling last year, and enough to take the no. 3 spot ahead of iTunes and Hulu in streaming traffic.

Netflix still dominates video streaming, representing 35.2% of traffic in North America within the past year, while YouTube takes the runner up spot with 17.5%.

Amazon has been positioning itself as a capable competitor to Netflix. The service was previously only available to annual Prime subscribers for $99 per year, but the company began offering a monthly $8.99 Prime subscription back in April. Amazon has also been putting more money into original programming in an effort to lure more users.

Sandvine notes that measuring downstream internet activity is an imperfect metric for how much time people spend watching a particular service. For instance, Netflix bandwidth usage actually wen’t down a couple of points in the charts, but that likely has more to do with its improved compression methods than a decline in usage. But given these companies don’t share usage numbers it still serves as a general snapshot of the video streaming market.

Other findings from Sandvine’s report: