Joe Biden, the US president-elect, urged Americans to follow his lead in curtailing traditional Thanksgiving celebrations this year, even as millions of people ignored...

Joe Biden, the US president-elect, urged Americans to follow his lead in curtailing traditional Thanksgiving celebrations this year, even as millions of people ignored officials’ pleas to limit travel and gatherings amid an alarming rise in coronavirus fatalities.

“This is the moment where we need to steel our spines, redouble our efforts and recommit ourselves to the fight,” Mr Biden said in a speech in Wilmington, Delaware, on Wednesday, one day before the US holiday.

“This year we’re asking many Americans to forego so many of the traditions that have long made this holiday so special,” he added. He said he would celebrate Thanksgiving with his wife, his daughter Ashley and his son-in-law rather than travelling to be with extended family — a tradition they had kept almost every year for the past four decades.

“I know how hard it is to forego family traditions, but it’s so very important,” the president-elect said. “Our country is in the middle of a dramatic spike in cases.”

The holiday comes as the US grapples with a record surge in coronavirus cases as weather has cooled and “Covid fatigue” has set in among people tired of lockdowns and social-distancing measures.

The US on Tuesday had its deadliest day of the pandemic since May 7, with 2,028 fatalities attributed to coronavirus, taking the country’s death toll to more than 250,000. Over the past week, the US has averaged 1,517 fatalities a day, the highest rate since mid-May.

Nearly 3.3m new cases have been registered in the US since the start of November, pushing the total infections in the country past 12m — by far the highest in the world, according to Covid Tracking Project data. Hospitalisations on Tuesday reached 88,000, a record high for the 15th day in a row.

California and Texas, which have each registered more than 1m coronavirus cases since the beginning of the pandemic, separately reported a record one-day increase in coronavirus cases on Wednesday — 18,350 and 14,648, respectively.

Our pleas for help have fallen on selfish, deaf ears

New York, which was the epicentre of the US pandemic during its early months, reported more than 6,000 new cases on Wednesday, its highest one-day rise since April. “This is not a normal Thanksgiving,” warned the state’s governor, Andrew Cuomo, who urged residents to rethink travelling or gathering in large groups.

“To act like it is a normal Thanksgiving is to deny reality of every health expert in the nation, Democrat or Republican,” he added.

Fewer Americans than usual are expected to travel for Thanksgiving this year, but tens of millions still plan to drive or fly during the busy holiday week, alarming officials who have pleaded for people to stay home.

Auto club AAA has forecast travel at the start of the holiday season will drop 10 per cent to 50m, from 55m last year — the biggest dip since the Great Recession. Already, fewer people are flying, data from the US Transportation Security Administration has showed.

The number of airline passengers in the run-up to Thanksgiving decreased 58 per cent compared with the same period last year. Just under 5m people flew between November 20 and November 24, far less than the 11.8m who flew in 2019.

Still, the numbers are among the highest posted since the crisis overtook the US in March. The passenger count in that five-day window surpassed 1m twice, which has only happened one other time since March. The Wednesday before Thanksgiving is traditionally the heaviest travel day of the year in the US.

More people are expected to drive — or about 95 per cent of holiday travellers, according to AAA. The auto club projects car travel will fall 4 per cent, to 48m travellers.

“The wait-and-see travel trend continues to impact final travel decisions, especially for the Thanksgiving holiday,” said Paula Twidale, senior vice-president at AAA Travel. “For those who are considering making a trip, the majority will go by car, which provides the flexibility to modify holiday travel plans up until the day of departure.”

The Centers for Disease Control and Prevention has urged people not to travel during the holiday, and the higher numbers compared with recent weeks and months worry some health professionals.

Dr Cleavon Gilman, who has worked in Arizona emergency rooms, tweeted a photo of crowds at Phoenix’s airport, noting the state had more than 7m people and “only 174 ICU beds left, with healthcare workers calling out sick. Our pleas for help have fallen on selfish, deaf ears.” 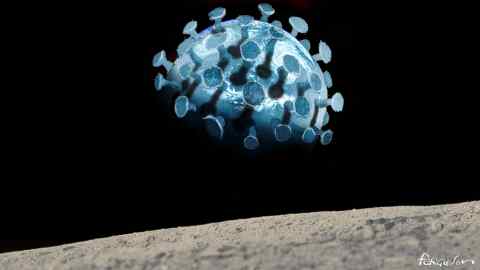 “A sacrifice now could save lives and illness and make the future much brighter as we get through this,” Anthony Fauci, the leading US infectious disease expert, told ABC’s Good Morning America on Wednesday in his latest plea for the public to heed public health officials’ warnings.

Failure to take mitigating steps, he added, could lead to yet another surge in cases in two to three weeks, on top of the wave already under way.

Google data show an uptick in US searches for queries such as “Should I travel for Thanksgiving?” Searches spiked on November 15 and were heavily concentrated in Colorado, which has a significant population of transplants and people from out of state, and Pennsylvania.

Slower than usual Thanksgiving traffic will heap even more pain on airlines. United Airlines last week said bookings had slowed and cancellations risen as Covid-19 cases surged around the country. It said it now expected fourth-quarter capacity to decrease by more than the 55 per cent it forecast. Jet fuel demand was up last week, but still almost 40 per cent lower than a year ago, according to the Energy Information Administration.

US petrol demand rose slightly in the days running up to the Thanksgiving holiday, according to GasBuddy, which monitors fuel consumption data. But that grew from a low base. Consumption last week was about 8.1m barrels a day, according to the EIA — its lowest level for the third week in November since 1997.