Corning on Wednesday introduced its newest breakthrough in glass technology, Corning Gorilla Glass 6. Described as Corning’s most durable cover glass to date, it... 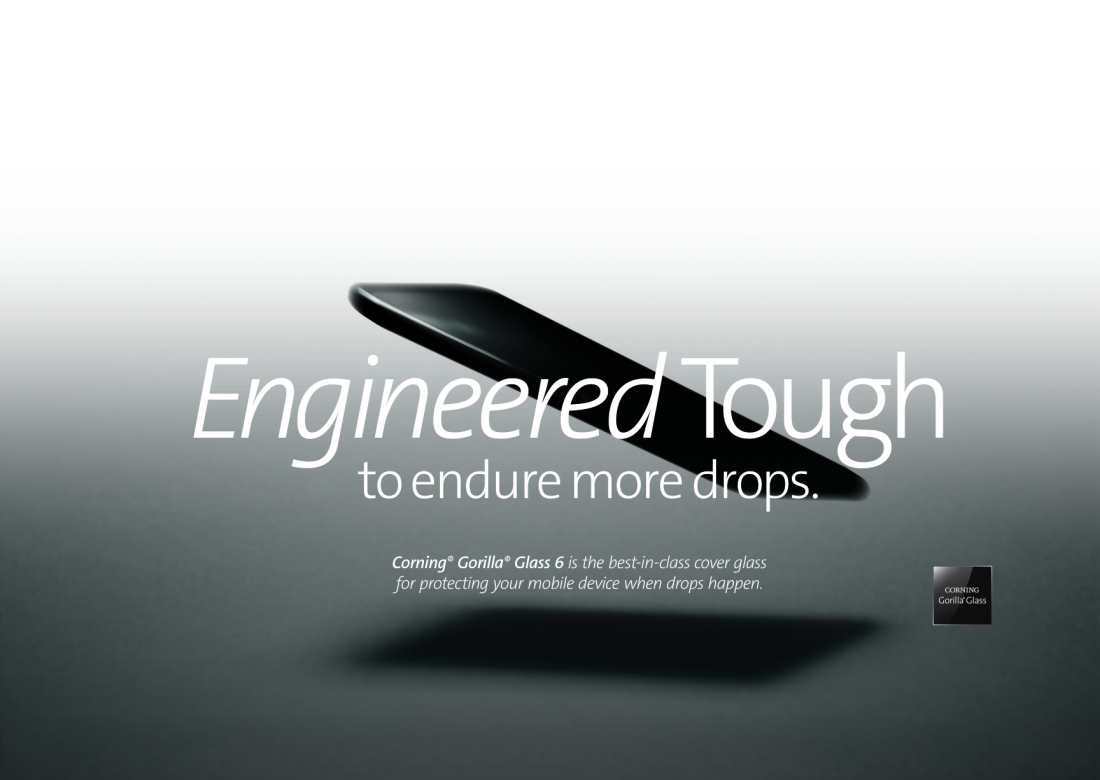 Corning on Wednesday introduced its newest breakthrough in glass technology, Corning Gorilla Glass 6. Described as Corning’s most durable cover glass to date, it was designed specifically to protect against multiple drops.

Corning says that in lab tests, on average, Gorilla Glass 6 survived 15 drops from one meter onto rough surfaces which is “up to two times better than Gorilla Glass 5.” Under the same test conditions, competing glass compositions such as soda lime and aluminosilicate did not survive the first drop.

John Bayne, vice president and general manager of Corning Gorilla Glass, said that as consumers become more dependent on their smartphones, the opportunity for potentially damaging drops is also on the rise. Now more than ever, he said, it’s critical that cover glass provides outstanding protection.

According to a recent study from Toluna, people drop their phones an average of seven times a year with more than 50 percent of those drops occurring at a height of one meter or less.

Corning has been developing cover glass for smartphones for over a decade, dating back to the original iPhone in 2007. Last year, Apple invested $200 million into Corning’s research and development branch.

Corning said multiple manufacturing partners are evaluating its new cover glass and estimates that products featuring Gorilla Glass 6 will hit the market in the next several months.