MasterClass, the website that brings celebrity-taught classes to the public, like tennis lessons from Serena Williams and photography instruction from Annie Leibovitz, has raised... 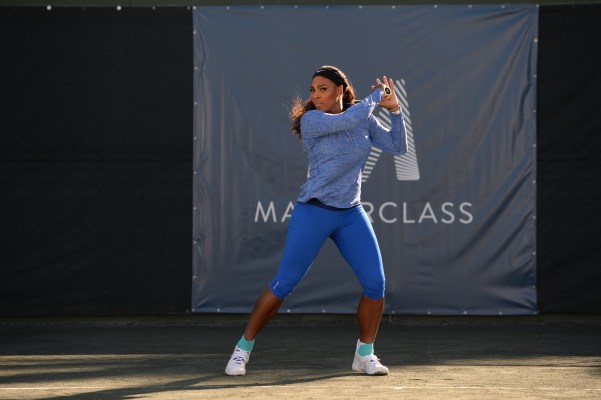 MasterClass, the website that brings celebrity-taught classes to the public, like tennis lessons from Serena Williams and photography instruction from Annie Leibovitz, has raised $80 million to expand internationally.

The Series D funding, led by IVP, will also be used to bring more celebrities to MasterClass. The company currently offers 39 classes, with plans to hit 50 by the end of the year.

In the last year, MasterClass has added a writing class with Margaret Atwood, a comedy lesson from Judd Apatow and more. Co-founder and CEO David Rogier told TechCrunch this morning that he hopes to bring Elon Musk, LinkedIn founder Reid Hoffman and JK Rowling on board soon.

MasterClass’ sales more than doubled from 2016 to 2017 and are on track to do the same this year. That puts the company on pace to match Udacity and Coursera — a pair of edtech heavyweights — in revenue, according to Rogier, who would not disclose MasterClass’ financials but made the comparison. Udacity has said publicly that it increased revenue to $70 million last year, up from $29 million in 2016. Coursera, for its part, is reportedly “within striking distance of $100 million dollars in annual revenue.”

Udacity was founded in 2011 and garnered a $1 billion valuation in 2015. Coursera, founded in 2012, was valued at $800 million last year. Three-year-old MasterClass declined to disclose a valuation.

To thrust itself ahead of its competitors, MasterClass also recently rolled out a new subscription model that allows customers to pay an annual fee of $180 for access to all MasterClass lessons, which are otherwise $90 each. It’s been a huge success so far, counting for 80% of the company’s revenue.

On top of that, MasterClass released its first-ever mobile app this April. Before that, all the company’s growth came from desktop.

“To our investors, that was a shock and a surprise,” Rogier said. “It’s really rare and amazing that you could drive that amount of growth without being on those platforms.”

San Francisco-based MasterClass previously raised $54.5 million in venture capital funding. Rogier says they ultimately decided to raise again once they had the data to show how impactful their classes were for customers.

“One-fourth of our students say that taking these classes transformed their life,” he said.