Murders in Turkey: ‘The state cannot shield us’

After Nurtac Canan ended her 23-year marriage, her husband shot her five times and left her to die. She scrawled her would-be killer’s name...

After Nurtac Canan ended her 23-year marriage, her husband shot her five times and left her to die. She scrawled her would-be killer’s name in blood on their living room floor, along with the words “I am free”.

Despite a ruptured artery in her leg, Ms Canan survived the June attack — unlike the 63 women killed in Turkey in the past two months, almost all by male relatives or partners.

“The state cannot shield us within the four walls of the home,” said Ms Canan, 49, whose husband has been charged with premeditated attempted murder. “If he now spends the rest of his life in prison, other men who hear about him will be too afraid to attempt the same.”

Almost 500 women were killed in Turkey last year because of their gender, a figure that has increased almost fourfold since 2011, according to the We Will Stop Femicide Platform, or KCDP. The Turkish government does not release figures for sex-based murders and the platform collates numbers mainly from news reports.

Yet the government in Ankara is considering withdrawal from a landmark international treaty that offers legal and social guidelines on how to curb violence against women — the latest touchstone in Turkey’s culture wars. The ruling Justice and Development party, or AKP, may announce a decision on the Council of Europe pact, known as the Istanbul Convention, this week, reports say.

When Turkey became the first signatory in 2011, President Recep Tayyip Erdogan touted the convention as evidence of Ankara’s leadership in human rights. But since then Mr Erdogan has described equality of the sexes as “against human nature” and activists blame a lack of political and judicial will to enforce subsequent legislation for a spiral of violence over the past decade.

The killings “are like a death toll from a war, and in this war we don’t have a weapon, just the law”, said lawyer Selin Nakipoglu, who represents abuse victims. “Although the convention hasn’t been effectively implemented, abandoning it would have a domino effect on what protections we have.”

In recent months, religious groups in Turkey have stepped up attacks on the convention, saying it encourages divorce and subverts morality. Such hardliners have gained influence as the Islamist-rooted AKP’s support dwindles amid a two-year economic slump, and the government has embraced other conservative causes, including the conversion of the World Heritage-listed Hagia Sophia Museum into a mosque last month.

The AKP’s deputy chairman, Numan Kurtulmus, has said joining the pact was a mistake, and that Turkey should exit it because a requirement to protect victims regardless of their sexual orientation promoted homosexuality. One AKP lawmaker Ahmet Hamdi Camli said those pushing the “hoopla of equality . . . commit the greatest evil”.

KCDP director Gulsum Kav said: “While we’re calling on authorities to meet their commitments, they’re discussing doing away with the convention entirely. This emboldens men to turn to violence. If merely talk of leaving the convention has had this effect, the situation for women will become completely precarious without it.”

Whenever I hear of another woman’s murder, I relive my worst moments

There have been initiatives to rein in violence, including special training for police and legal and medical support centres for victims. More than 470,000 women have downloaded a smartphone app to alert police when they are abused, a minister said last month.

But Ms Kav estimated that just 10 per cent of abuse victims seek police protection. Potential offenders know that judges may hand down lighter sentences if they successfully argue they were provoked or exhibit good behaviour during trials, which critics have dubbed the “cravat reduction” after the way defendants dress for court.

Most Turks want to stick with the pact. Just 17 per cent of respondents said the government should leave the treaty, a July survey by research firm MetroPoll showed. Almost 40 per cent of Turkish women are subject to physical abuse by their partners, the UN reports, compared with a quarter of women in the EU. Kadir Has University found in a survey that 60 per cent say violence is the greatest problem women face in Turkey.

The brutal murder of Pinar Gultekin, a 27-year-old student, last month prompted a handful of rallies for the convention, some of which were met with police violence. Ms Gultekin’s former boyfriend confessed to police he had strangled her before burning her body in a barrel, covering it in wall plaster and dumping it in the woods, according to media reports.

“Whenever I hear of another woman’s murder, I relive my worst moments,” said Ms Canan, who ran a small Istanbul café before the attack and is now awaiting another surgery to remove a last bullet from her leg. “I want to warn women that you cannot fix these men, you can only protect yourself.” 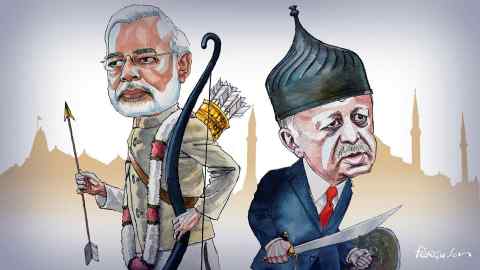 Days before the shooting, her husband threw a tea kettle at her, scalding her skin and convincing her to leave him for good. “So many times I wanted to go to the police but I knew they couldn’t do anything,” Ms Canan said. After the attack, she shared her story with a Turkish newspaper, and police then picked up her husband at his sibling’s home. A lawyer for Ms Canan’s husband said at the arraignment he had been unable to control his “emotions of love” when he shot her, a newspaper reported.

Lawyers who work for victims such as Ms Canan say leaving the treaty would send the wrong message to perpetrators.

“If the state says this convention doesn’t align with our values, it is saying violence against women is legitimate,” said Ms Nakipoglu. “Leaving the convention provides courage to potential killers.”