Nvidia has released a dirt cheap graphics card to the market, known as the GeForce GT 710, providing what the company claims is “up... 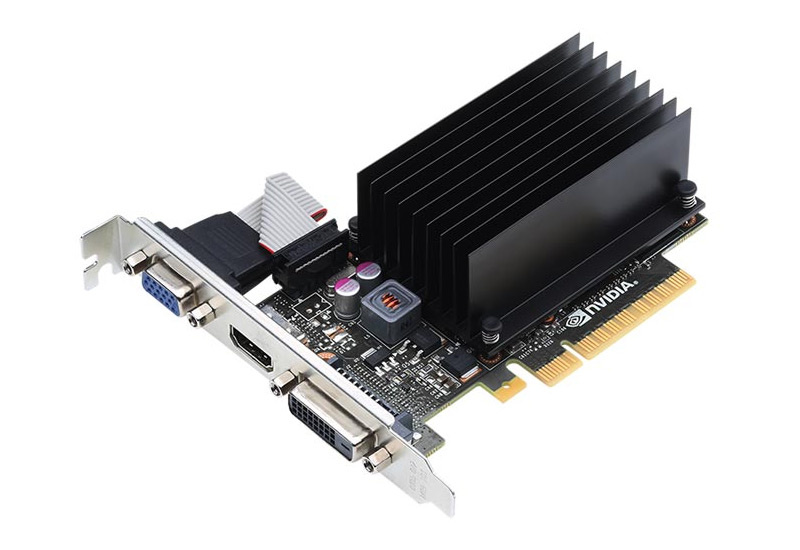 Nvidia has released a dirt cheap graphics card to the market, known as the GeForce GT 710, providing what the company claims is “up to 10x better performance than integrated graphics” and a gaming experience that’s “up to 80% faster”.

These performance statistics might be a bit of an exaggeration for an entry-level card, especially considering the GT 710 packs just 192 CUDA cores clocked at 954 MHz. For comparison, even a relatively modest GTX 750 Ti includes 640 CUDA cores, although that card is several times the price of the GT 710. 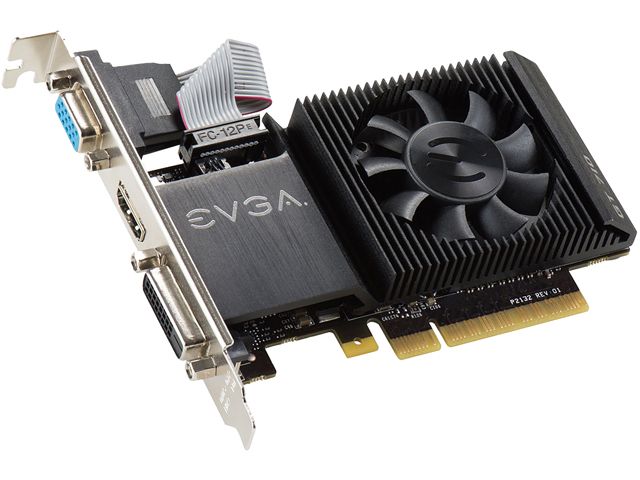 The current GT 710 offerings on the market are from EVGA, who have released 1 and 2 GB variants that both use DDR3 memory on a 64-bit bus providing around 14 GB/s of bandwidth. Of the four models of GT 710 released by EVGA, two are actively cooled, while the other two contain only a heatsink; all can be configured to fit in a half-height case.

Looking at this card’s specifications, it’s unlikely that it will be any faster than an integrated GPU in Intel’s latest Skylake processors. However if you have an older computer and want access to the latest features, such as DirectX 12 and OpenGL 4.5, this could be a decent solution.

The GT 710 is currently on sale through Newegg for $35 in its 1 GB variant, and $40 for the 2 GB model. Mail in rebates can take the price down by a further $5 if you’re on an extremely tight budget.