Just days after bringing the OnePlus 7T and OnePlus 7T Pro, OnePlus is now optimistic to launch a 5G phone in India. The Shenzhen-based...

Just days after bringing the OnePlus 7T and OnePlus 7T Pro, OnePlus is now optimistic to launch a 5G phone in India. The Shenzhen-based company that entered the Indian market with the OnePlus One back in December 2014 has so far launched 13 smartphone models in the country — with four offerings arrived in 2019 alone. It also earlier this year unveiled the OnePlus 7 Pro 5G model for the global markets that didn’t enter India but has been showcased at the India Mobile Congress (IMC) in New Delhi. Apart from the plans to launch its 5G phone in the country, OnePlus is looking forward to exporting new 5G phones from its India facility.

“We are very bullish, and we are trying to be an early leader and try to support the ecosystem,” OnePlus India General Manager Vikas Agarwal told Gadgets 360 in a one-on-one conversation in New Delhi. “So from our side, the 5G devices are ready. We are already testing them with all the leading ecosystem players in the country — be it a technology provider or an operator.”

At IMC 2019, OnePlus is demonstrating a lightning-fast 5G connectivity experience through the OnePlus 7 Pro 5G. The company has leveraged the equipment set up by Ericsson and Nokia to give a glimpse at what we would get through 5G. Nevertheless, it is hoping to bring a similar experience to the masses sometime next year.

“The focus is on when the commercial rollout can happen,” said Agarwal. “Once we have those details, we’ll be happy to launch our 5G products. So, next year, we hope that something will be ready and we will be able to launch and the sooner we do it, the better it is.”

OnePlus isn’t the only smartphone company that has put its 5G phone for showcasing at the IMC this year. There are handsets from manufacturers such as LG, Oppo, and Vivo as well. Agarwal, however, pointed out that OnePlus considered India as “one of its biggest markets” for 5G and had been testing its development with key telcos, namely Airtel and Reliance Jio, for almost over a year.

Although the OnePlus 7 Pro 5G has been used for the initial testing and demonstration, Agarwal confirmed to Gadgets 360 that the company doesn’t want to bring the old model to the Indian market just for the sake of offering 5G to customers.

“As a company, we strongly focus on bringing the latest technology and not the outdated one,” he said. “So we’ll see what Qualcomm launches — [it] typically [announces its] future products in December. So let’s wait and see what [it has] for the next year.”

OnePlus CEO Pete Lau at the sidelines of the OnePlus 7T series launch in London earlier this month had suggested that the OnePlus 8 series would debut with 5G support in 2020. Lau had also indicated that the India launch of the 5G-supported OnePlus 8 series would be delayed due to lack of 5G networks in the country. However, Agarwal hinted at the other way around and emphasised that despite the absence of 5G from the operator side, there might be a customer base that wants a future-proof device would pick a 5G device ahead of 5G rollout.

“This time around it would happen that the devices will come before the network is here,” Vagadia told Gadgets 360 in a separate interaction at the IMC. “So, if you’re buying a device and somebody tells you that 5G is coming in another three months, you typically may end up thinking, okay, let’s wait for 5G because you’re investing your money.” 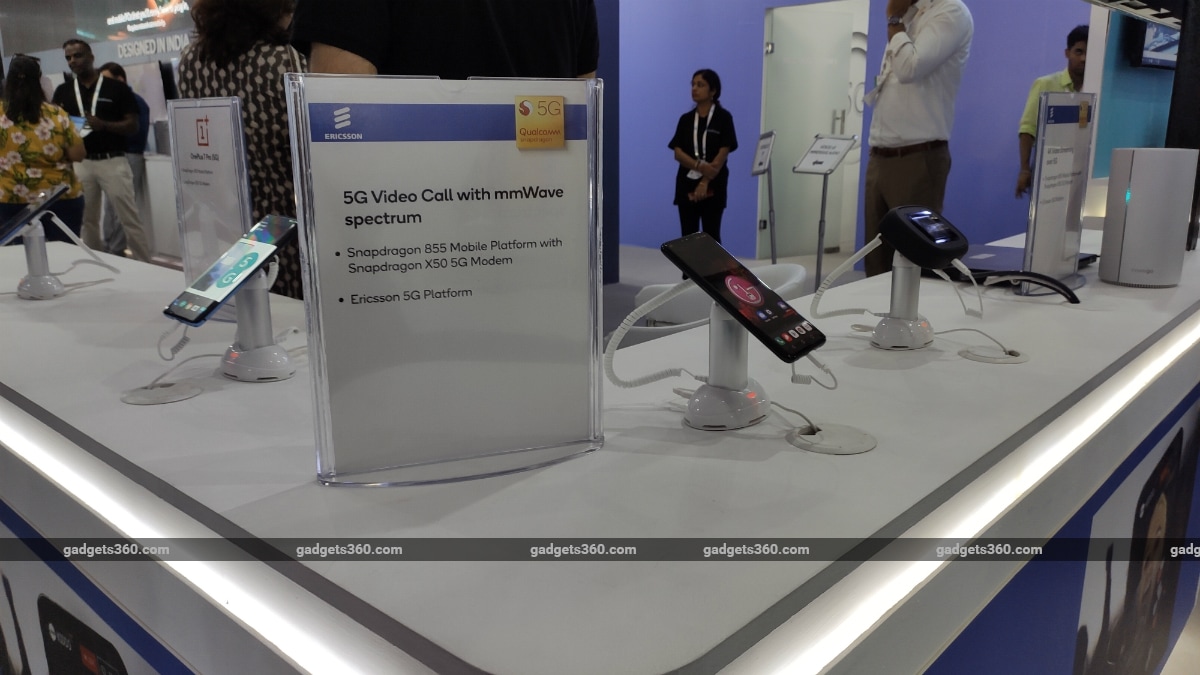 In addition to launching its 5G phone in India, OnePlus is planning to utilise its manufacturing facility in the country to start exporting 5G phones.

Back in late August, OnePlus opened its R&D centre in Hyderabad and announced its plans to invest Rs 1,000 crore in the facility over the next three years. The R&D centre is helping the company bring its 5G developments for the global markets. The company is also aiming to bring new talent to the centre by expanding the existing headcount of about 250 people to thousand to 1,500 people by next year, Agarwal revealed.

To bolster the demonstration of its ongoing developments and to let consumers experience 5G, OnePlus has pilot 5G zones in plans that would be available offline in select cities.

“As a concept, this idea, we have evaluated and we are keen to do it,” said Agarwal. “We are right now trying to figure out equally committed network and telecom partner because to support a 5G device, you need a network partner, you need a technology partner, and then you need a smartphone. We are ready. We are essentially waiting for the remaining two partners who also commit for this kind of development.”

OnePlus is additionally exploring opportunities to go beyond smartphones and get expanded in the market of smart home devices. The company last month launched the OnePlus TV as its first smart TV model, which could serve as a hub to its future Internet of Things (IoT) developments.

Since OnePlus is yet to announce its 5G-focussed plans publicly, market analysts have mixed opinions.

Prabhu Ram, Head-Industry Intelligence Group (IIG), CyberMedia, thinks that OnePlus would be able to deliver exceptional consumer experiences, including gaming and entertainment, through the promise of 5G. “With its 5G capable devices, OnePlus is ahead of the curve, just in time for the onset of the 5G cycle in India,” he stated.

Counterpoint Research Associate Director Tarun Pathak, on the other hand, said that with India remaining a key market, OnePlus would plan to launch its 5G phone as soon as 5G networks go live in the country or even slightly ahead.

“5G is going to be a key differentiator in the premium segment as hardware innovation hits the plateau at a time when users are holding on to their devices for a longer period,” Pathak told Gadgets 360. “In such a scenario it becomes very important for a brand like OnePlus which has a leaner portfolio to remain ahead of the competition when it comes to 5G devices.”

IDC Asia-Pacific Senior Research Manager Kiranjeet Kaur presumed that OnePlus might launch some models with 5G-only SKUs, and countries like India would get those models even if they lack a 5G network. “As long as the performance, battery, price etc. are on par with 4G phones, consumers may be more inclined to buy the 5G phone instead,” she noted.

However, Pathak of Counterpoint Research underlined that since the next rollout of 5G networks in India looks tight, it might be a post-2020 thing for OnePlus.

Faisal Kawoosa, Founder and Principal Analyst, techARC, believes that showcasing of a 5G phone at an industry event like IMC would be to give that assurance to the ecosystem that it’s geared for 5G and that it has done adequately.

“5G will not make smartphones sell at the moment. It is nice to have this element in purchase especially for the segment it [OnePlus] caters to as it sort of future readies the investments consumers will make in a smartphone,” he added.