©Bloomberg Sterling climbed to its highest level of the year on Thursday morning in Asia after two polls indicated that the odds had tilted... 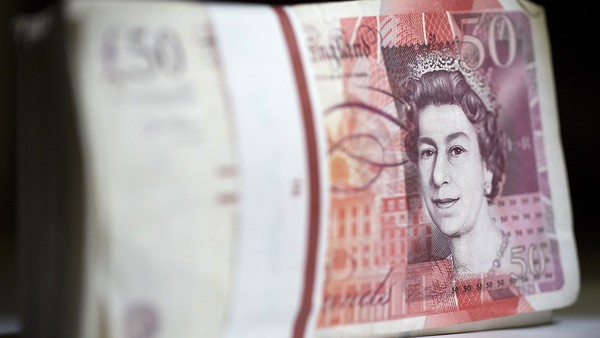 Sterling climbed to its highest level of the year on Thursday morning in Asia after two polls indicated that the odds had tilted in favour of the UK’s Remain campaign hours before Britons head to the polls in the referendum on the country’s membership of the EU.

The pound advanced as much as 0.9 per cent to $1.4844 against the US dollar in early Asian trading, taking its gain over the past week to more than 4 per cent.

The dollar, euro and Japanese yen weakened against sterling while US equity futures climbed. Gold slipped, suggesting a reduction in the flight to safety.

A phone survey conducted by ComRes for ITV gave the Remain camp an edge of 54 per cent to Leave’s 46 per cent, when adjusting for undecided voters. A separate poll from YouGov put the gap at a narrower 51:49 in favour of Remain.

YouGov noted that its survey suggested the race was still too close to call, “but the recent trend has been towards Remain, just as other referendums in the past have shown late movement towards the status quo”.

A Financial Times poll of polls put the Remain campaign ahead with 47 per cent of the vote compared to 45 for Leave.

“It is pretty clear evidence that the currency market believes that the UK will stay in . . . I would think it will continue to strengthen,” said Ron Liesching, chairman of Mountain Pacific Group.

“We’d note though with ‘undecideds’ still in excess of 10 per cent, the final result could well end up being much more decisive than this. In the 2014 Scottish referendum, most of the ‘undecideds’ turned out in favour of the status quo,” said Ray Attrill, global co-head of FX Strategy at National Australia Bank.

“Even though it looks as though much of the ‘risk of ‘Brexit’ has been priced out of markets . . . there remains plenty of scope for volatility on either outcome, albeit (very) much more on a Leave than Remain outcome,” he added.

You need JavaScript active on your browser in order to see this video.

The significant move in the pound occurred in what is generally viewed as a quiet and less liquid hour of foreign exchange trading, after desks in New York have closed and traders in Sydney had just clocked in.

Strategists with Citi characterised moves in the pound on Wednesday as “risk-on” as traders positioned for the vote, with the volume of trade in the currency 50 per cent above normal. Citi noted that one final Ipsos Mori poll — conducted before Thursday — was expected to be released as Britons headed to vote.

Traders are expecting moves in currency markets after 10pm in the UK, as voting stations close and a first unofficial exit poll is released. Results will trickle out over the following hours and investors will be watching for shifts prompted by private exit polls commissioned by hedge funds.

The gains by the pound come hours after foreign exchange bureaux across London counted long queues, with residents seeking to cash in sterling ahead of the referendum. Economists have projected a steep drop in the UK currency in the event of a win for the Brexit campaign.

Copyright The Financial Times Limited 2016. You may share using our article tools.

Please don’t cut articles from FT.com and redistribute by email or post to the web.