Twitter is purging accounts that were trying to evade prior suspensions

Twitter announced this afternoon it will begin booting accounts off its service from those who have tried to evade their account suspension. The company... 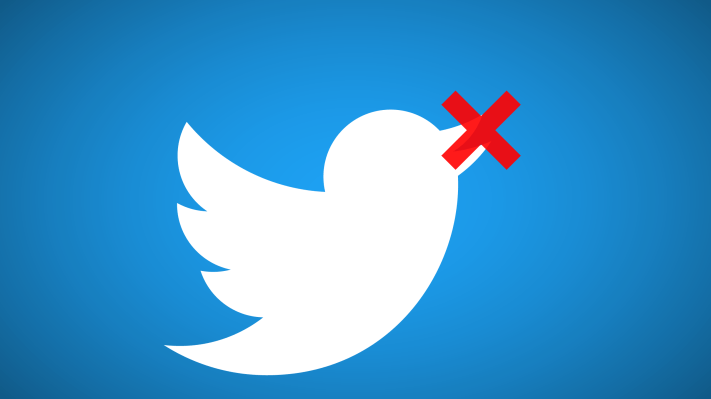 Twitter announced this afternoon it will begin booting accounts off its service from those who have tried to evade their account suspension. The company says that the accounts in question are users who have been previously suspended on Twitter for their abusive behavior, or for trying to evade a prior suspension. These bad actors have been able to work around Twitter’s attempt to remove them by setting up another account, it seems.

The company says the new wave of suspensions will hit this week and will continue in the weeks ahead, as it’s able to identify others who are “attempting to Tweet following an account suspension.”

This week, we are suspending accounts for attempting to evade an account suspension. These accounts were previously suspended for abusive behavior or evading a previous suspension, and are not allowed to continue using Twitter.

Twitter’s announcement on the matter – which came in the form of a tweet – was light on details. We asked the company for more information. It’s unclear, for example, how Twitter was able to identify the same persons had returned to Twitter, how many users will be affected by this new ban, or what impact this will have on Twitter’s currently stagnant user numbers.

The company has been more recently focused on aggressively suspending accounts, as part of the effort to stem the flow of disinformation, bots, and abuse on its service. The Washington Post, for example, said last month that Twitter had suspended as many as 70 million accounts between the months of May and June, and was continuing in July at the same pace. The removal of these accounts didn’t affect the company’s user metrics, Twitter’s CFO later clarified.

Even though they weren’t a factor, Twitter’s user base is shrinking. The company actually lost a million monthly active users in Q2, with 335 million overall users and 68 million in the U.S. In part, Twitter may be challenged in growing its audience because it’s not been able to get a handle on the rampant abuse on its platform, and because it makes poor enforcement decisions with regard to its existing policies.

For instance, Twitter is under fire right now for the way it chooses who to suspend, as it’s one of the few remaining platforms that hasn’t taken action against conspiracy theorist Alex Jones.

The Outline even hilariously (???) suggested today that we all abandon Twitter and return to Tumblr. (Disclosure: Oath owns Tumblr and TC. I don’t support The Outline’s plan. Twitter should just fix itself, even if that requires new leadership.)

In any event, today’s news isn’t about a change in how Twitter will implement its rules, but rather in how it will enforce the bans it’s already chosen to enact.

In many cases, banned users would simply create a new account using a new email address and then continue to tweet. Twitter’s means of identifying returning users has been fairly simplistic in the past. To make sure banned users didn’t come back, it used information like the email, phone and IP address to identify them.

For it to now be going after a whole new lot of banned accounts who have been attempting to avoid their suspensions, Twitter may be using the recently acquired technology from anti-abuse firm Smyte. At the time of the deal, Twitter had praised Smyte’s proactive anti-abuse systems, and said it would soon put them to work.

This system may pick up false positives, of course – and that could be why Twitter noted that some accounts could be banned in error in the weeks ahead.

We will continue this work in the coming weeks as we identify others who are attempting to Tweet following an account suspension. If you believe your account has been suspended in error, please let us know.https://t.co/RUWvNoQt2G