The vintage 1944 DeHavilland crashed just after takeoff at the Abbotsford B.C airshow. (Elya White- twitter)) A WW-II era biplane crashed this weekend at...

A WW-II era biplane crashed this weekend at a major annual airshow event in British Columbia.

The DeHavilland Dragon Rapide 3 was carrying several passengers when it came down hard just after takeoff shortly after the airshow events  for the day had ended at Abbotsford on Saturday.

Five people aboard were taken to hospital with minor to critical injuries, fortunately none life-threatening. 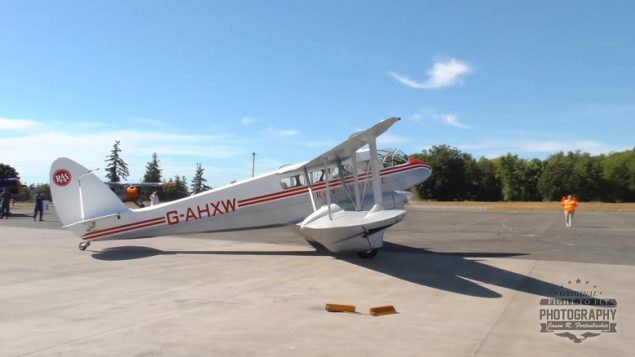 The DH-89 Rapide which crashed at the airshow was only recently added to the Historic Flight Foundation collection. (HFF- Youtube)

The plane was operated by the Historic Flight Foundation, a non-profit operation based near Seattle in the U.S. which has had several of its antique planes at the show during the past 11 years.

The DeHavilland model was originally designed in the 1930’s in Britain as a regional passenger plane, and was mostly of wood and fabric construction.  With a reputation for reliability, it enabled early airlines to provide more regular and scheduled service thereby promoting air travel. The model, which could carry small cargo or 6-8 passengers continued to be built and used through the war years and afterward, the military model from 1941 onward known as the “Dominie”.

This particular plane G-AHXW, a 1940’s model, was carrying passengers at the show who paid for a short promotional flight aboard the vintage craft.

The plane may have encountered trouble due to high winds blowing across the field at the time. It was experienced pilot and founder of the Historic Flight Foundation, John Sessions, and was a recent addition to their collection. 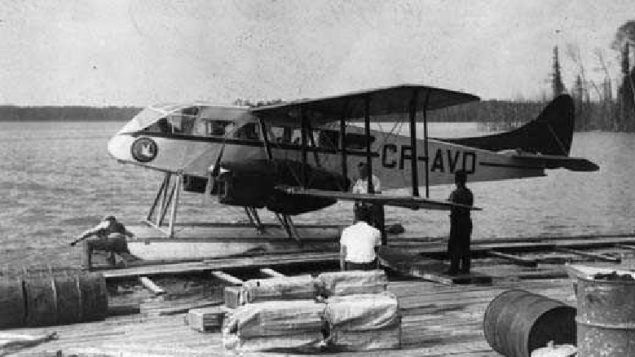 The DH-89 Dragon Rapide was a development of the DH-84 Dragon, (shown). Both models were also built in Canada under licence often for use on floats or skis as bushplanes (Canadian Bushplane Heritage Centre)

The Dragon model also has a history in Canada where several had been used as bush planes providing invaluable service in developing northern remote regions of the country.

In 1946 production of Rapides and the militarised Dominie version ceased with a total of 727 built.