Following the positive reception that the Vivo Z1 Pro (Review) was met with, Vivo is continuing its new push into the online-only space with a...

Following the positive reception that the Vivo Z1 Pro (Review) was met with, Vivo is continuing its new push into the online-only space with a lower priced model, the new Vivo U10. The entry-level space is where every little additional feature that you can get for your money really matters, and there’s no shortage of companies trying to outdo each other. It isn’t uncommon now to expect multiple cameras, mid-range processors, and high-quality construction even if your budget is capped below Rs. 10,000. Of course the Vivo U10 will have to work very hard to compete with Xiaomi’s Redmi and Redmi Note devices, as well as several models from Realme, Samsung, Nokia, Honor, and more.

Vivo wants to stand out in this space with a few tricks that aren’t common at this price level – at least not all together. The Vivo U10 has three rear cameras, a 5000mAh battery, 18W fast charging support, and a Qualcomm Snapdragon 665 processor. Still, a phone isn’t just the sum of its specifications. We’re going to put this newly launched model through its paces to see how well Vivo has done, and whether you should consider buying the Vivo U10.

Not a lot has changed for Vivo over the past few launches, and the company has maintained a consistent look across its recent models. The Vivo U10 is somewhat bulky and boxy, with a flat rear but rounded sides. This phone is definitely a handful at 8.92mm thick and 190.5g in weight, and some people might find it too unwieldy for everyday use. That’s despite having a 6.35-inch screen, which isn’t too huge by today’s standards.

Our review unit is the Electric Blue variant, which of course has a bold gradient on the back. There’s a light shade of blue radiating outwards from the fingerprint sensor and a darker one around the Vivo logo at the bottom, both of which fade into a deep navy blue around the border of the phone. The finish of the rear isn’t slippery at all, which does help with usability. This phone is also available in plain black for those who prefer to go low-key.

There’s a waterdrop notch at the top of the screen, and a pretty thick chin below it. Our test unit came with a pre-applied plastic screen protector. The rim around the sides of the phone has a shiny, colour-coordinated finish but is clearly plastic and not metal.

The camera module is surrounded by a gold metal rim, but thankfully doesn’t stick out very much. Thankfully, the fingerprint sensor doesn’t require too much of a stretch to reach. The power and volume buttons are on the right, while the SIM tray is on the left. There’s a Micro-USB port, a 3.5mm audio socket, and a speaker on the bottom.

Vivo seems to have used decent quality plastic, and we have no issues with the construction quality of this phone. It feels as though it should be able to withstand rough treatment, but there are no guarantees of toughness or reinforced materials to keep it safe in case it falls.

The company gives buyers a simple plastic case, a USB cable, an 18W charger, and a SIM eject pin in the box, in addition to the pre-applied screen protector. There’s no headset, but that shouldn’t be a problem for anyone. 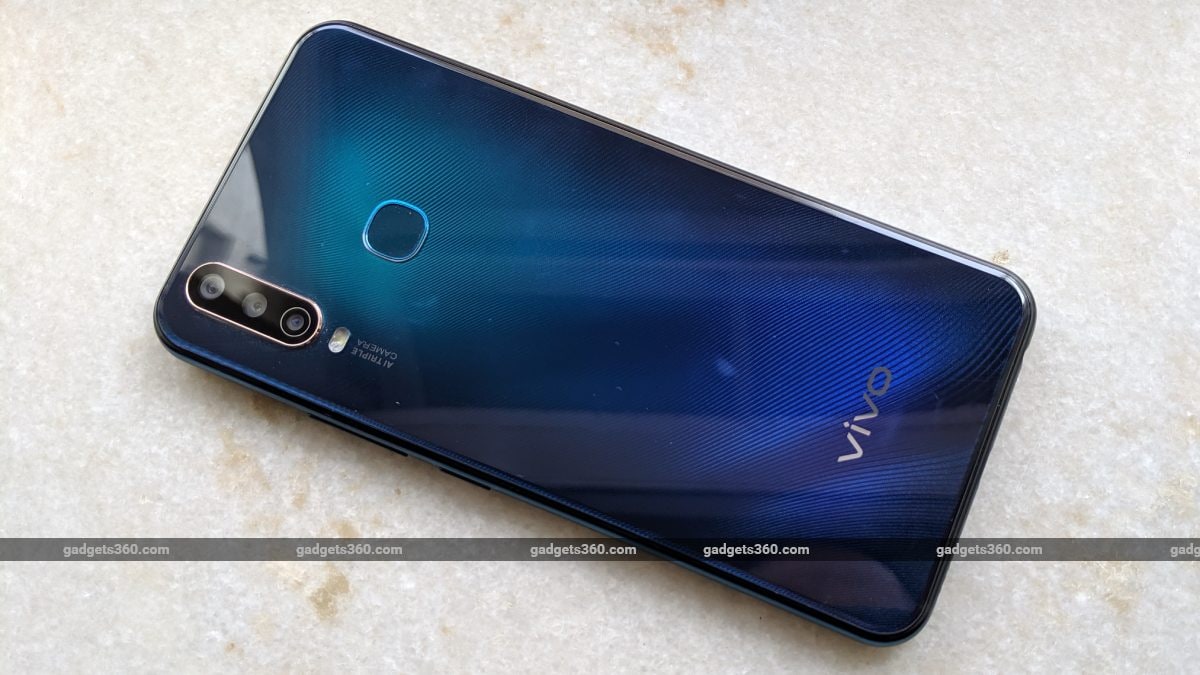 The Electric Blue version of the Vivo U10 has a gradient pattern, but this phone is also available in black

Vivo U10 specifications and software

We start with the Qualcomm Snapdragon 665 SoC, which is a very recently launched chip. We’ve so far seen it on a few phones in the sub-Rs. 15,000 segment such as the Xiaomi Mi A3 (Review) and Oppo A5 (2020). It’s also the same chip that powers the Realme 5 (Review), a competitor to this phone in the sub-Rs. 10,000 market. This means that performance should be pretty impressive.

The 6.35-inch screen has an HD+ resolution of 720×1544 pixels, which is expected. Vivo has used an IPS panel. There’s dual-band Wi-Fi, Bluetooth 5, GPS, and all the usual sensors including a compass and gyroscope. The battery capacity is 5000mAh, and as mentioned earlier, 18W fast charging is a headlining feature. The tray on the left has slots for two Nano-SIMs as well as a microSD card.

It’s impressive that nothing major is missing from the Vivo U10, even though the base price is well below Rs. 10,000. Some models at this level don’t feature fingerprint sensors or gyroscopes, for example, but you get all the basics plus extras such as fast charging and three rear cameras.

As for software, we have Vivo’s Funtouch OS 9.1, a slightly updated version of the highly customised skin running on top of Android 9. As we’ve said many times before, Funtouch OS deviates extensively from the stock Android look and feel, and we find much of that unnecessary. This is sure to be a polarising factor for buyers and users. Nothing much is different on the new Vivo U10, other than a system-wide dark mode – teasers of a new desaturated aesthetic and cleaned-up UI elements do not seem to have made it to this version.

In short, there are a few major points to note. You have to swipe upwards from the bottom of the screen to pull up all the quick shortcuts and toggles, and even then the layout is confusing. Vivo promotes its own smart assistant, called Jovi Smart Scene, but it’s pretty much just a screen to the left of the first home screen with panels for the weather, calendar events, and news updates with some promoted content thrown in. Your lock screen will show random photos and advertising messages each time you wake the U10 from sleep unless you disable this.

That said, Funtouch OS does have lots of useful features including screen recording, app cloning, gestures, shortcuts, and a bike mode. You can read about version 9 in great detail in our coverage of the Vivo Y17 (Review), Vivo Z1 Pro (Review), and Vivo S1 (Review). 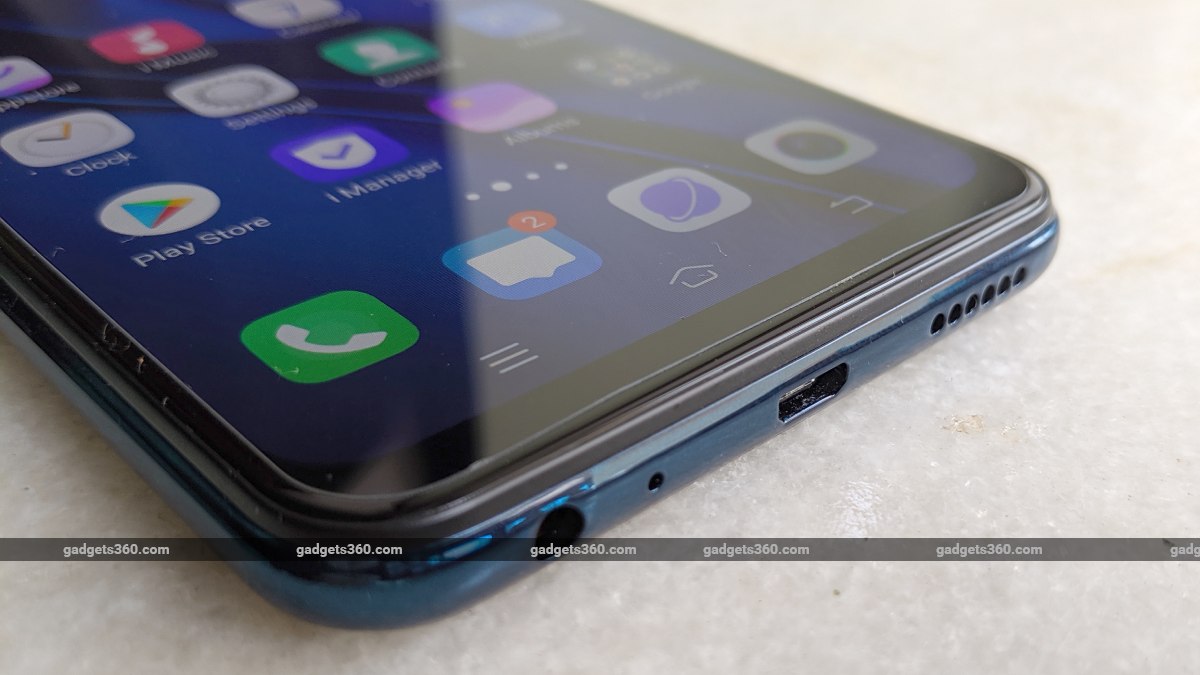 There’s a Micro-USB port, 3.5mm audio socket, and speaker on the bottom

While we aren’t really thrilled with Funtouch OS, it didn’t seem to slow down the Vivo U10 in day-to-day usage. Some of the animations are a bit slow, which can be annoying. For example, it takes a second or two after unlocking the phone for the Android navigation buttons to slide up into view. Apps might take a moment or two to load fully, but that’s the only kind of lag we experienced. We like to have realistic expectations of budget phones, but Vivo has exceeded them. If you’re using a sub-Rs. 10,000 model from a couple of years ago, the Vivo U10 will seem like a huge upgrade.

Gaming performance is a big factor for much of the young audience that Vivo is targeting. PUBG Mobile surprised us by defaulting to the Low graphics quality preset, and while gameplay was smooth, the visual quality was sorely lacking. The upper rear barely got warm, which was good. Things looked a bit better in Balanced quality mode and the game was still smooth, but the usual HD mode was seemingly unsupported on this device. Asphalt 9: Legends was playable but we did see some stuttering in races, especially with multiple cars on screen.

Our impressions are backed up by benchmark tests. AnTuTu gave us a score of 138,817 and Geekbench 5’s single-core and multi-core results were 317 and 1,422 respectively. 3DMark put up scores of 1,809 in the Slingshot Unlimited test and 23,760 in Ice Storm Unlimited. GFXBench managed 51fps in the T-rex scene and 27fps in Manhattan 3.1.

The large size and HD resolution of this display mean that it isn’t really sharp, and we noticed that text was not as crisp as we would have liked. However, it can get very bright and we had no complaints with the colours or viewing angles. Video looks great and even the single speaker is good enough for music and voices as long as you don’t try to push the volume up beyond the three-quarter mark or so. Interestingly, this phone is Widevine L1 DRM compliant for HD video streaming.

Battery life was truly impressive. We sailed through a full day with quite a bit of gaming and camera use along with an hour of video streaming and some general Web surfing. At night, we still had over 40 percent left. We could easily get a day and a half from a single charge, and careful usage could see that stretch to two full days. Our HD video loop test ran for 17 hours, 58 minutes. On the other hand, despite Vivo shipping an 18W charger in the box, we only saw the battery level rise to 8 percent in 10 minutes and 61 percent in an hour. 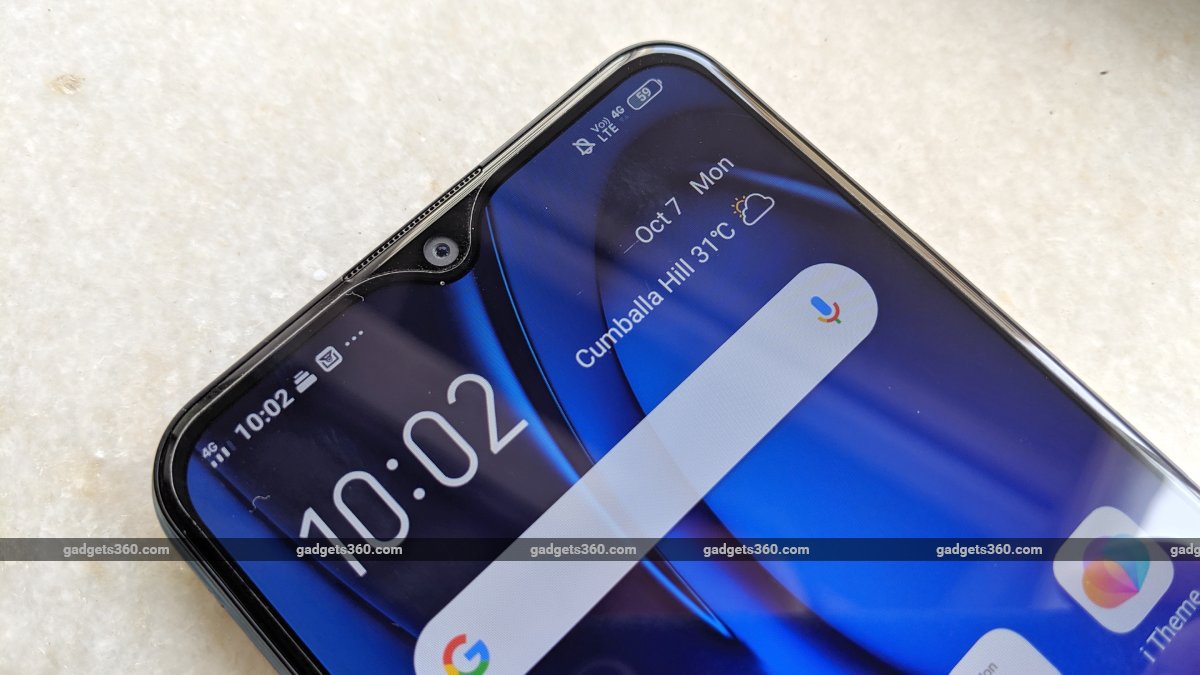 There’s a waterdrop notch at the top of the 6.35-inch HD+ IPS screen

As upbeat as we’ve been about some aspects of this phone, testing the cameras of the Vivo U10 quickly brought us back down to earth. On the back of the device, we have a 13-megapixel primary camera and 8-megapixel wide-angle one, both with f/2.2 apertures. There’s also a 2-megapixel depth sensor and a flash. The front camera is an 8-megapixel f/1.8 unit.

Photo quality is just about average for a phone in this price range. Starting of course with the primary camera, close-ups shot under sunlight did come out looking good with reasonably good detail and exposure. There was no jarringly artificial colour, and HDR seemed to work well. The wide-angle camera also produced good results without much distortion. In portrait mode, it takes a while for the phone to work out what needs to be blurred and what doesn’t, and the results could be good if we were willing to wait.

Things go downhill at night though. Details were blotchy and dull. Focusing took a while and even then, there was no guarantee it would be accurate, often requiring multiple attempts. Even close-ups could be hard to manage. Interestingly, the wide-angle camera worked better sometimes despite having poorer specifications, simply because it can let more light in to work with. 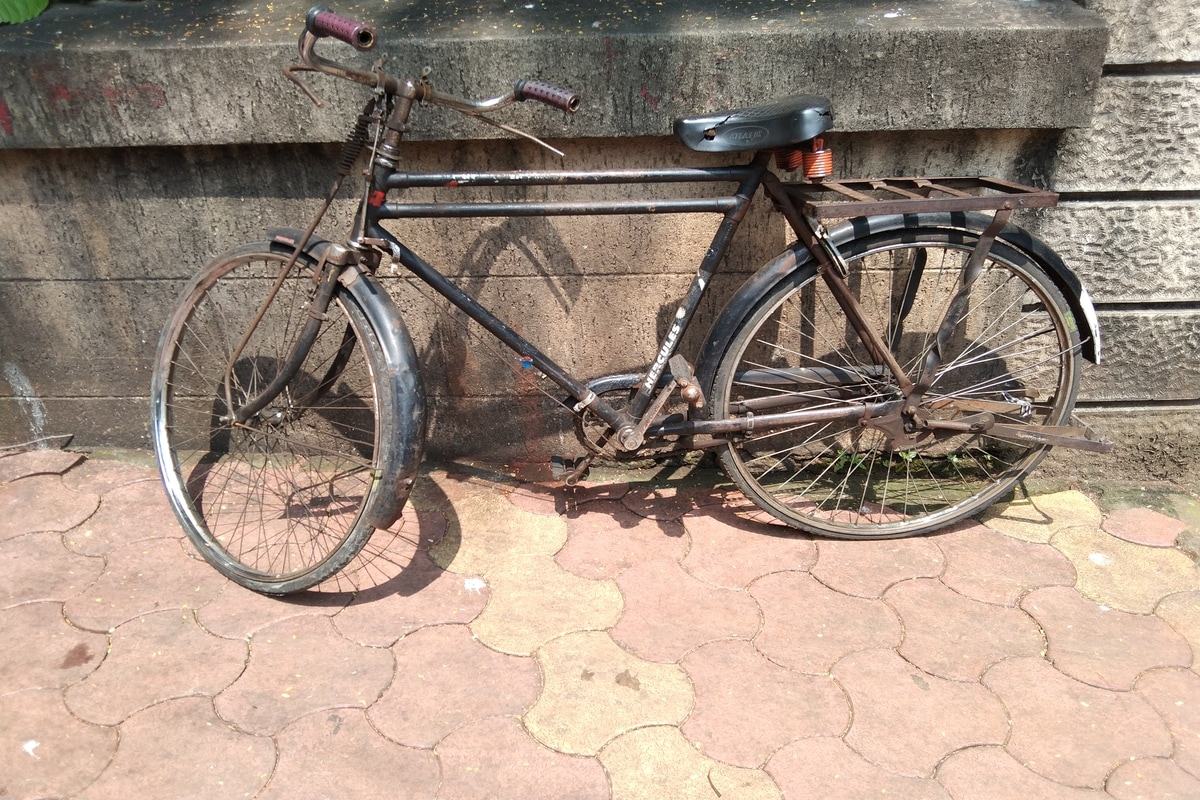 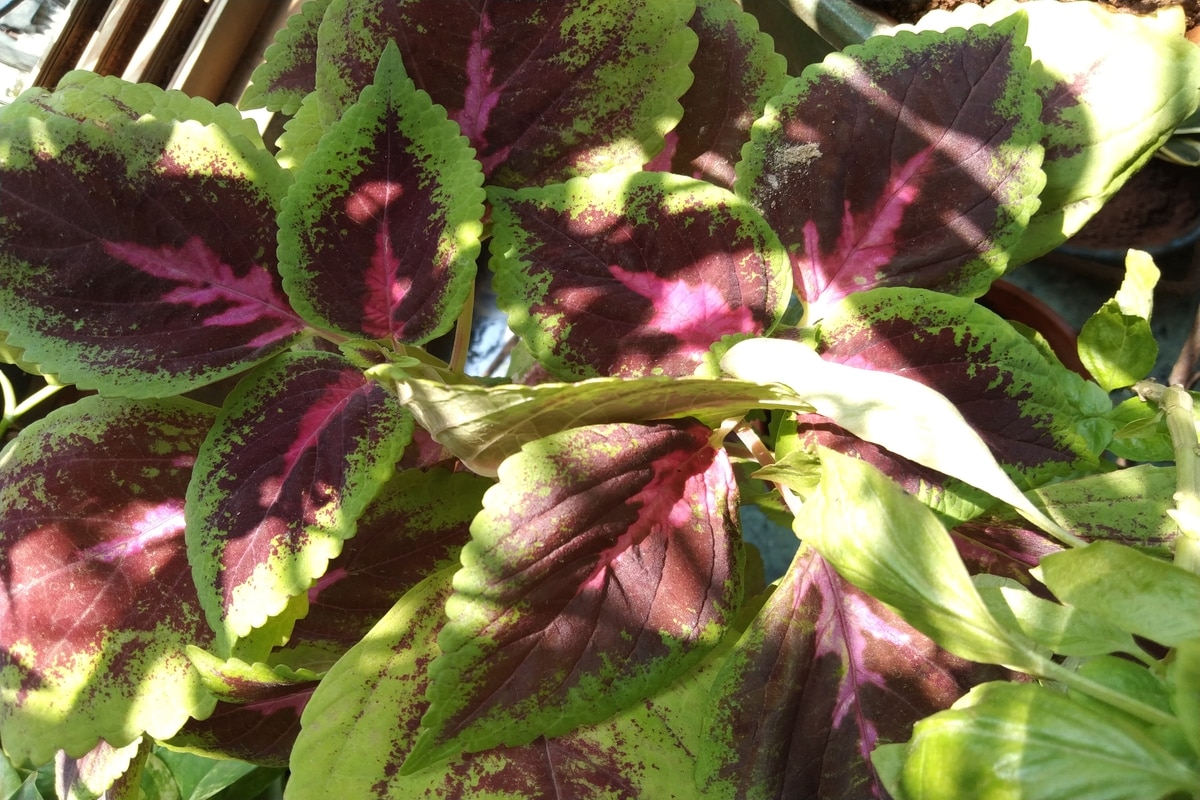 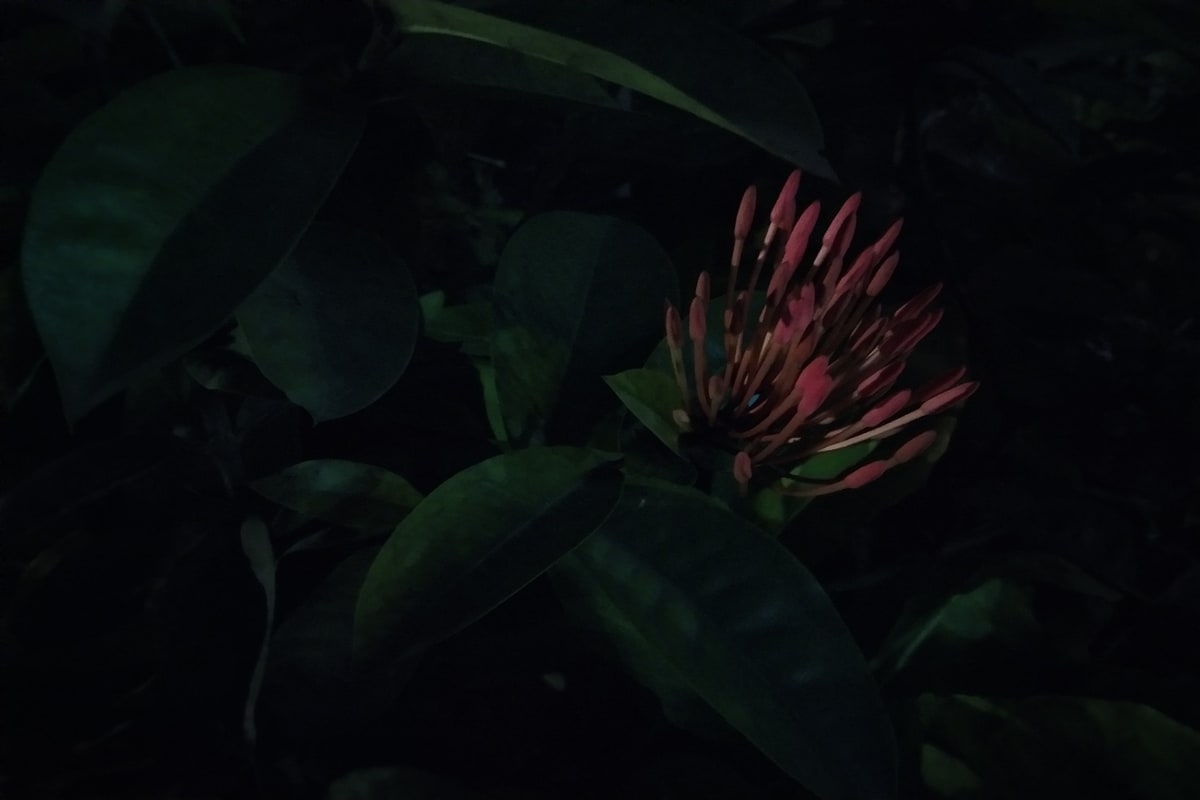 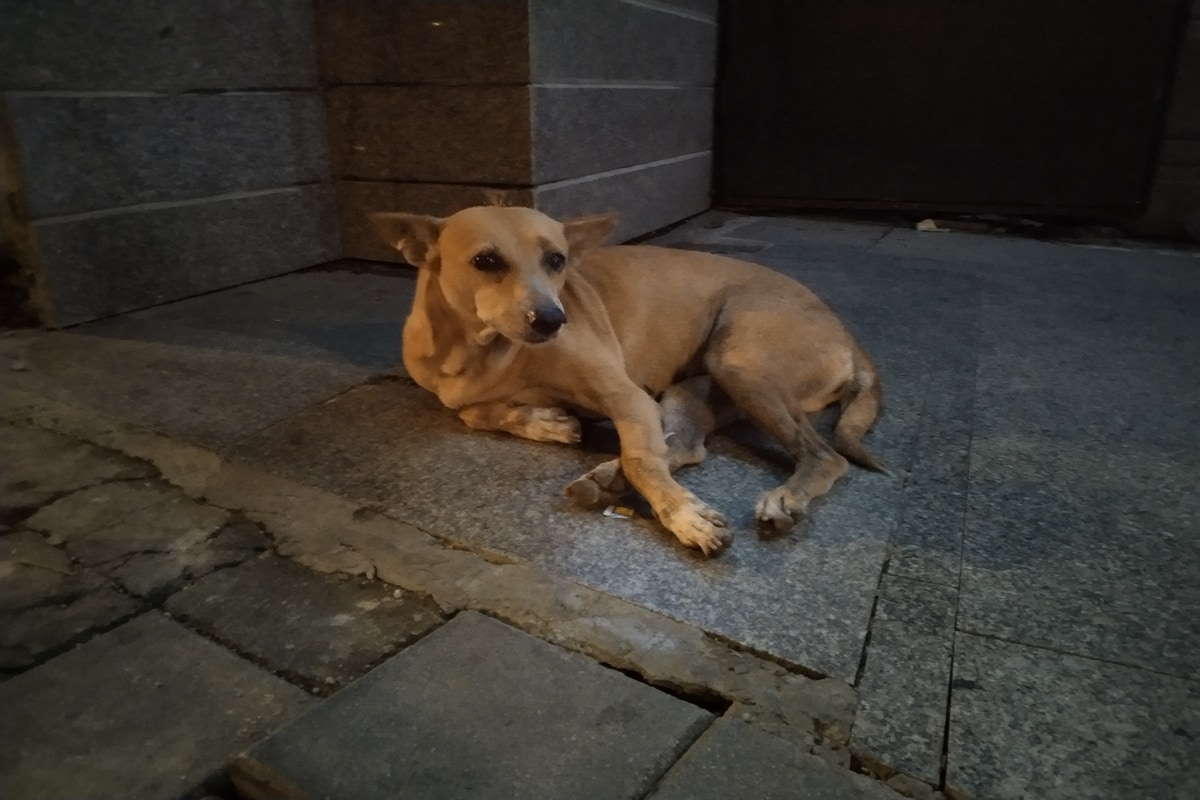 Video is recorded at 720p by default, which surprised us a little. You can manually go up to 1080p. There doesn’t seem to be any form of stabilisation, and our clips were shaky, to say the least. You can’t switch between cameras while shooting. We noticed warping at the edges of wide-angle video, and a yellowish colour tone that wasn’t in our stills. Video taken at night was barely usable at all.

The front camera does a decent job in the daytime and in low light, though again things aren’t great. You might just about be able to share some of these shots on social media.

It seems as though going online-only has allowed Vivo to deliver some seriously competitive hardware on a very tight budget. The Vivo U10 performs admirably and looks pretty slick. We often felt as though we were using a phone that was in a higher price bracket. On the other hand, it’s bulky and awkward to use, with a UI that we really think needs to be toned down.

The headlining features – three rear cameras and 18W fast charging –­ will definitely make the competition sit up and take notice. On paper, they’re impressive. In practice though, the cameras are just serviceable and charging still takes a relatively long time.

We like the Vivo U10 for its performance and battery life. The display and overall look are great for such a low-priced phone, but you can do better, especially if you’re budgeting for the higher priced variants.

There’s sure to be a battle between this phone and Xiaomi’s upcoming Redmi 8 series. Stay tuned to Gadgets 360 to see how that turns out.